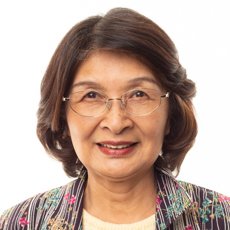 The centre was established in 1988 and was one of the first five Kumon centres to open in the UK. It has a well-established reputation and welcomes students of all ages and abilities, but currently has students aged between three and 16 years old.

The Acton West Study Centre also caters for Kokugo (a language programme for students whose native language is Japanese).

The centre is also unique in that it holds a copy of all of the worksheets and study material in the centre itself, allowing parents and students easy access to view the full range of Kumon material, up to the highest available level, at all times during our opening hours.

Kumon should not be considered a traditional tuition provider as, rather than ‘teaching’ students, we encourage them to become independent learners who feel confident in their own abilities and able to face unfamiliar work. The unique Kumon Maths and English Programmes pursue the potential of each child by developing confident, independent learners through individualised, advanced study.

My name is Teruko Mori and I have been the Instructor at the Acton West Study Centre since it was established in 1988. At the time, I had recently come from Japan and was evaluating methods for giving my children extra tuition, as I was worried they may be falling behind their peers in terms of their language abilities.

I have long been a believer in structured self-learning, with active involvement of the parents, and I was convinced that Kumon could provide a stimulating and practical route to achieving this.

I opened the Acton West Study Centre soon after and during more than 25 years of running the centre, have had the privilege of seeing many children through the whole of their primary and secondary education reach their full potential. Many have been offered scholarships, as well as going on to top schools such as Westminster and St Paul's Girls and Boys Schools, and subsequently on to universities such as Cambridge and Imperial.

One off fee
Registration Fee £40
What is the Registration Fee?
To get your child started with Kumon study you will pay a one off registration fee to register them as a student
Per month
Per subject £70