It's April Fools' Day! Across the world people will be playing pranks on their family, friends and colleagues, with the hope of making the recipient an April Fool.

To celebrate this mischievous day, we are looking at some of our favourite pranksters from literature.

Mr and Mrs Twit: The Twits by Roald Dahl
Many of Roald Dahl's children's books involve mischief and pranks, but The Twits features possibly some of the meanest pranks in children's literature; Mr Twit and Mrs Twit spend the majority of the story being awful to each other, playing cruel tricks to cause upset for the other.

Here are some examples of their bad behaviour: Mr Twit slowly makes Mrs Twit's cane longer so that she thinks she's got the dreaded shrinks, and Mrs Twit puts her glass eye in his beer and worms in his spaghetti.

At the end of the story it is the turn of the animals in the neighbourhood to pull the biggest prank in the book, as they are fed up with the nasty Twits. They seek revenge by gluing all of the Twits' furniture to the ceiling!

"'What's happened?' screamed Mrs. Twit. They stood in the middle of the room, looking up. All the furniture, the big table, the chairs, the sofa, the lamps, the little side tables, the cabinet with bottles of beer in it, the ornaments, the electric heater, the carpet, everything was stuck upside down to the ceiling. The pictures were upside down on the walls. And the floor they were standing on was absolutely bare. What's more, it had been painted white to look like the ceiling."

With so many tricks to choose from it's been hard for us to pick just one of their pranks to talk about: they invented a magnitude of items to help you trick your friends, including the Boxing Telescope, Extendable Ears, Trick Wands. They also invented the famous Portable Swamp, which played a large role in one of our favourite moments from the Weasley twins - when the twins decide to say goodbye to Hogwarts, they released Weasleys' Wildfire Whiz-bangs as well as the Portable Swamp on the school grounds to protest against Dolores Umbridge. The magic of the swamp was so impressive that a little bit was left by Professor Flitwick!

"Now, you two - this year, you behave yourselves. If I get one more owl telling me you've - you've blown up a toilet or -"

"Great idea though, thanks, Mum."

Puck: A Midsummer Night's Dream by William Shakespeare
William Shakespeare's plays often involved a fool, whose aim was to entertain through jokes and tricks. Our favourite Shakespearean prankster is Puck from A Midsummer Night's Dream because he performed the perfect practical joke of turning Bottom, a local weaver, into a donkey! In doing so, Puck not only plays a prank on poor Bottom, but also tricks the Fairy Queen Titania, as he makes her fall in love with the donkey.

Matilda: Matilda by Roald Dahl
Another of our favourite Roald Dahl characters is five-year-old genius Matilda; she uses pranks at home to get back at her nasty parents. Matilda puts superglue in the rim of her father's hat, and swaps her father's hair tonic for blonde hair dye. Matilda also uses her power of telekinesis to play practical jokes on the mean Miss Trunchbull; a stand out prank being when Matilda pours a glass of water containing a newt over the headmistress.

"She decided that every time her father or her mother was beastly to her, she would get her own back in some way or another. A small victory or two would help her to tolerate their idiocies and would stop her from going crazy."

American author Kurt Vonnegut said: "All of fiction is a practical joke-making people care, laugh, cry or be nauseated by something which absolutely is not going on at all. It's like saying, 'Hey, your pants are on fire.'"

With this in mind, why not celebrate April Fools' Day by getting stuck into a book? You could read about one of our memorable mischief makers mentioned above. 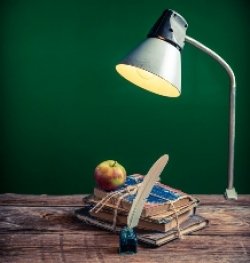