Efforts to improve maths skills of the British workforce 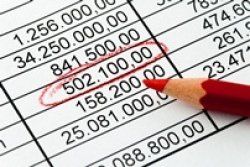 Government figures reveal 15 million working age people in England have the maths skills of a primary aged child. Employers are therefore being urged to help their workers develop their numeracy skills to aid the British economy.

A charity called National Numeracy was set up in March 2012 to combat negative attitudes to maths and to promote the importance of developing maths skills to overcome the current economic crises. The charity aims to reach a million adults over five years and will be focusing initial efforts on the workplace. The campaigners aim to raise the skills of employees to at least those expected of a 14-year-old. Some companies involved in the project have also set higher targets, urging workers to develop skills equivalent of a strong GCSE maths candidate.

With figures indicating that more than eight million adults have only the skills expected of seven to nine-year-olds or younger, many education stakeholders are viewing such action as vital to curb the current economic crises.

Speaking at the launch of the scheme, Shadow Education Secretary Stephen Twigg spoke about the importance of employers singing up, saying: "I know many businesses are already doing so, it is important that we all - employers, trade unions, government and individual adults take the responsibility to meet this challenge. Poor numeracy isn't just a moral imperative, it is an economic necessity."

The charity's work will begin with a cheap online tool for workers, which will eventually expand to incorporate people not in employment.

What the figures reveal is that though we can, and must, make efforts to support those already in employment to improve their maths skills, ensuring children develop these vital skills at an early age is increasingly crucial to have a productive workforce and to secure the future of the British economy.