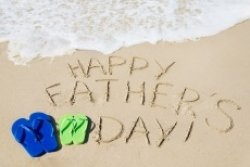 "Life doesn't come with an instruction book; that's why we have fathers." - H. Jackson Brown, Jr.

"Life doesn't come with an instruction book; that's why we have fathers."

In celebration of Father's Day, we thought we'd revisit some iconic fathers in literature. Not always the most cheery of fellows, but the devotion they show to their children is heart-warming.

Who can forget Danny's father William in Roald Dahl's Danny the Champion of the World. In Danny's eyes he is the most wonderful, marvellous man in the world (though it transpires he has somewhat less than honourable pastimes which Danny becomes embroiled in).

Or Harper Lee's Atticus Finch in To Kill a Mockingbird. Atticus is an upstanding lawyer who is moral and just. He does his best to pass on these values to his children, Jem and Scout, against increasing pressures not to. Students studying the Kumon English Programme encounter this classic novel when looking at essay structure in the later critique levels.

Immortalised in film by Robin Williams, Anne Fine's Madame Doubtfire (which features on the Kumon Recommended Reading List) sees this dad dress up as a woman in order to be hired by his estranged wife as a housekeeper in an effort to spend more of his time with his children. Both hilarious and moving, we see events draw to the inevitable unveiling and subsequent fall-out, but at heart is one father's desire to be held at the centre of his family and close to his children.

In Cormac McCarthy's post-apocalyptic The Road, our hero does everything in his power to keep his son alive when the likelihood of survival is so low. As bleak as its backdrop, this novel plots the journey of our two characters in a world turned on its head, neither are afforded a name, and both face the ultimate sacrifice every day.

Finally, we would be remiss if we didn't mention Jo Gargery in Charles Dickens' Great Expectations. Although actually Pip's brother-in-law, he becomes a surrogate father to Pip and remains steadfast, honourable and kind, even when faced with Pip's rejection, his love is unconditional.

So, we hope you celebrated your father-figures on Sunday, because, in the words of Helen Thompson: "Dads are stone skimmers, mud wallowers, water wallopers, ceiling swoopers, shoulder gallopers, upsy-downsy, over-and-through, round-and-about whoosers. Dads are smugglers and secret sharers." And, well, because everyone deserves a 'thank you' from time to time.