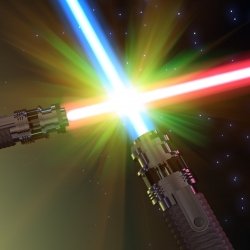 May the fourth be with you!

Today is the 4 May, which can only mean one thing: it's Star Wars Day!

Today Star Wars fans across the world (and in a galaxy far, far away) celebrate the franchise by greeting each other with: "May the fourth be with you", a play on the famous line: "May the Force be with you".

We have taken this opportunity to celebrate a few of our favourite sci-fi novels from the Kumon Recommended Reading List.

The Hitch Hiker's Guide to the Galaxy by Douglas Adams

First published in 1979, this is the first in a series of five books and sold more than 250,000 copies within the first three months of its release. The series has since been turned into a radio play, audiobooks, and a film in which Martin Freeman stars as the central character.

The plot follows Arthur Dent who, when Earth is destroyed, catches a ride in a spaceship and encounters an alien race, paranoid androids, translating fish, and the impossibly named Improbability Drive. He also meets the supercomputer Deep Thought, who determines that the answer to the life, the universe, and everything is 42.

Like Star Wars, The Hitch Hiker's Guide to the Galaxy also has a day dedicated to it: Towel Day is celebrated every year on the 25 May, as a tribute to author Douglas Adams. Every year on this day, fans carry a towel with them, as described in Chapter 3 of the book: "A towel is about the most massively useful thing an interstellar hitchhiker can have."

Do Androids Dream of Electric Sheep? by Philip K Dick

First published in 1968, the story is set in San Francisco, where a global nuclear apocalypse has damaged the Earth. The main plot follows Rick Deckard, a bounty hunter who is faced with "retiring" six escaped androids who have gone rogue after their creation. A second plot follows John Isidore, a man with a low IQ, who wants to help the fugitive androids.

The novel has been adapted into a radio play, an audiobook, a stage production and a comic book series. It was also the basis for the 1982 neo-noir science fiction film Bladerunner, starring Harrison Ford as the central character.

I, Robot by Isaac Asimov

I, Robot is a collection of nine science fiction short stories by Isaac Asimov. The stories originally appeared between 1940 and 1950 in the magazines Super Science Stories and Astounding Science Fiction, before being compiled into a book for publication in 1950. Although the stories can be read separately, when combined they tell a larger story of Asimov's history of robotics.

I, Robot provides the reader with a glimpse into the future where robots have become man's best friend. This is until, for one reason or another, the robots go wrong.

The collection of stories has since been turned into television programmes, a video game, and the 2004 film I, Robot, which stars Will Smith as the main (human) character. Originally the film was written with no connection to Asimov's story however, during the development of the script, themes from the books were gradually introduced.

How will you celebrate Star Wars Day? We suggest picking up your favourite science fiction book and going on a journey through time and space. May the fourth be with you!

May the fourth be with you
There are a number of much revered sci-fi and fantasy franchises which originated from loved books or novel series'. Star Wars Day has given us a great reason to celebrate franchises which were born in literature.