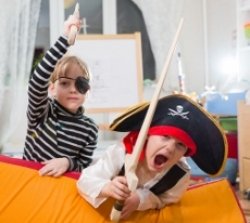 With these books, you'll be a swashbuckler before you can say 'shiver me timbers'!

Today is International Talk Like a Pirate Day, so why not draw some inspiration from books that will help you to perfect your pirate parlance? You'll be a swashbuckler before you can say 'shiver me timbers'!

In J M Barrie's Peter Pan, which features on the Kumon Recommended Reading List, pirates feature heavily. The books tells the story of Peter Pan, a boy who can fly, and his adventures in Neverland with Wendy Darling and her brothers.

Peter Pan's arch enemy is pirate Captain Hook, Captain of the Jolly Roger, and their feud runs throughout the book, with Peter's band of Lost Boys coming to blows with the Jolly Roger's crew.

Pirate Pete by Kim Kennedy sees a seasoned pirate and his parrot set off in search of gold after hearing the Queen has found a treasure map. Follow him on his journey to get the goods!

Captain Flinn and the Pirate Dinosaurs by Giles Andreae follows Flinn, who stumbles across Captain Stubble, who has had his beloved boat Acorn stolen. Together with friends Pearl, Tom and Violet, Flinn becomes a pirate and vows to find the lost ship, only to find it has been stolen by pirate dinosaurs! Will they be able to return the ship to its rightful owner?

Treasure Island by Robert Louis Stevenson is an adventure novel which tells the story of Jim Hawkins, who comes across a treasure map leading to the stolen buried treasure of Captain Flint, an evil and heartless pirate.

The book, which also features on the Kumon Recommended Reading List, introduces famous pirate characters such as Long John Silver and Billy Bones. Treasure Island had a great influence on the popular perception of pirates, including terms such as 'x marks the spot' and tropical islands featuring in pirate stories.

My Granny is a Pirate, by Val McDermid, is a rhyming book narrated by a boy who reveals a family secret ï¿½ that his granny is a pirate! He tells of her adventures sailing the high seas and capturing pirate ships.

So whether you read some of these books yourself or read them together with your children, we hope you get an insight into the life of a pirate and maybe even pick up some of the lingo! But don't worry if you still haven't quite mastered the pirate dialect, we won't make you walk the plank! 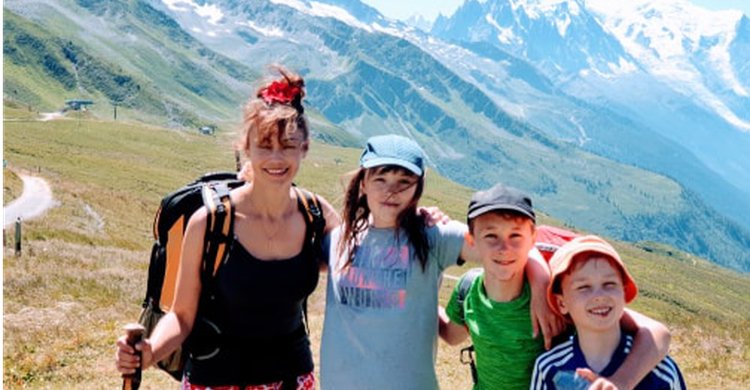 Latest
Maths
These siblings seized the summer with adventure and Kumon study
This year, Kumon UK ran a Facebook summer photo competition for six weeks to encourage and recognise students across the country that work hard to keep up with their daily study during their school summer holiday. Meet the winners of the competition who spent their summer hiking the 110-mile Tour Du Mont Blanc.