You've got a friend in me

There are many books where a strong friendship between characters has given depth to a story-line or has helped us connect with the roles in the book. Stories which focus on the bond between two or more people can help children learn the importance of friendships, and you may even recognise aspects of your own friendships within stories.

To celebrate companionship in novels, we have taken a look at some literacy classics, which feature on the Kumon Recommended Reading List, and which have the foundations of friendship at heart.

Winnie-the-Pooh by A. A. Milne and E. H. Shepherd tells the story of the loveable bear who lives in the Hundred Acre Wood. In this novel, Pooh goes on an adventure with his friends.

Pooh has many friends including Tigger and Eeyore, but Christopher Robin and Piglet are considered his best friends. Although they sometimes create problems for each other, the group of friends are always there for one another.

Charlotte's Web, by E.B White, teaches the true meaning of friendship. It tells the story of a barnyard pig called Wilbur who is snubbed by the other barnyard animals. He is eventually befriended by a barn spider named Charlotte who, upon finding he is intended for slaughter, weaves praise of him into her web, gaining him publicity and saving him from his intended fate.

"'Why did you do all this for me?' he asked. 'I don't deserve it. I've never done anything for you.'
'You have been my friend,' replied Charlotte. 'That in itself is a tremendous thing.'"

Bridge to Terabithia tells the story of Jesse Aarons, who is proud to be the fastest runner in his classroom. However, this title is short-lived after a new girl called Leslie Burke, who can outrun everyone, starts at the school. Jesse takes an initial dislike to her, but they soon form a deep friendship. To escape everyday life they create Terabithia, a make believe kingdom in the woods where they reign as king and queen.

"To be able to be Leslie's one whole friend in the world as she was his - he couldn't help being satisfied about that." 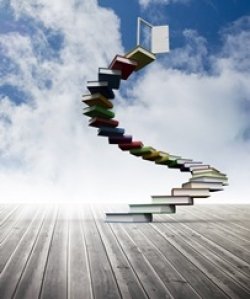 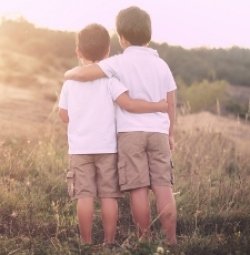 Latest
"You have been my friend. That in itself is a tremendous thing."
September is friendship month so we've had a look at some important friendships, sparked in much loved novels.