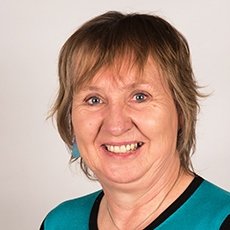 The Kumon Maths and English Study Programmes enable children of any age and ability to build key learning foundations. Our programmes will not only help your child to become a confident learner, they go one step further than traditional maths or English tuition by equipping them with the skills to learn for themselves. Self-learning is an important skill for children as they journey through education and beyond, building independence and ability to progress without reliance on a teacher. Our study programmes provide an economical way to equip your child with the skills that they need to build a bright future.

After an initial assessment, your child will follow an individualised study programme with work set at just the right level. They complete daily worksheets building skills and fluency in small manageable steps, as well as attending tuition groups at their local study centre twice a week. An Instructor will monitor and guide your child’s learning development to ensure work remains challenging. Kumon study does not follow any curriculum and work is set regardless of age, enabling children to revisit topics or advance far beyond school material without restriction.

Whilst working as a teacher, I became more and more aware of the lack of basic arithmetic in the students as they became ever more reliant on calculators. I started to look for something to do which would benefit children in enhancing their mental arithmetic skills. One of my strongest students in year 11 told me that, when she was in year seven, she was in the bottom set and Kumon had really helped her to get where she was. This made me look closely at Kumon and I was really impressed with the maths programme and decided that was what I wanted to do.

As a parent I know that having these skills helps an individual to really stand out academically and in their day to day life.

I often have students, or their parents, coming in to tell me how they have moved up sets in school or that they have come top of the class in maths when previously they were struggling. This is what makes being a Kumon Instructor so worthwhile.

One off fee
Registration Fee £40
What is the Registration Fee?
To get your child started with Kumon study you will pay a one off registration fee to register them as a student
Per month
Per subject £65