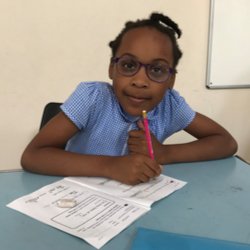 "Kumon has given Chizara a self-motivated spirit."

Six-year-old Chizara enrolled at the Ashford North study centre in 2017 during Kumon’s autumn Free Trial. Before Chizara joined Kumon, her mother, Chioma, noticed that she was struggling with her school work. Chioma says, “Zara was not doing well in English and maths in school. She also lacked confidence. Her teacher in school and I observed these areas as a problem. She was behind in her reading and also had difficulty in counting. These areas of her life really bothered me.”

One year later, Chizara has progressed in the Kumon Maths and English Programmes and is thriving in school. Not only has she caught up with her fellow peers, Kumon has boosted Chizara’s confidence and has nurtured her into an independent learner who is enthusiastic about learning. Chioma is pleased with her progress and says, “Chizara has developed a study habit. She on her own does her assignments when she knows I’m not around. Kumon has given her a self-motivated spirit.”

Chizara is currently focusing on understanding the meaning of sentences in passages, as well as identifying pronouns, verbs and punctuation. In the maths programme she is developing her mental calculation ability through adding and subtracting bigger numbers.

As well as improving her reading and increasing her vocabulary, Kumon has also helped Chizara in other areas of her life. Her school teachers have noticed her significant improvement and for the first time ever, she was given a verbal role during her school concert.

Kumon Instructor, Jyoti  has been nurturing all her students to become confident, independent learners though individualised, advanced study for over 10 years. Jyoti says, “I am very impressed with Chizara’s poise, quiet confidence, concentration and academic development.”

Following her daughter’s amazing progress, Chioma has been recommending Kumon to her friends and family. Looking towards the future, Chioma hopes that Kumon will help her daughter pass her 11+ exams when the time comes. We are confident that the study skills Chizara is developing at such a young age will prepare her for all her future exams.

Kumon’s unique study programmes has put Chizara in a better position academically. Her commitment to Kumon, and her enthusiasm for learning is reflecting in all areas of her life, and we are excited for what the future holds for Chizara.

Just like Chizara, your child can take advantage of Kumon’s two-week Free Trial and discover their potential. Seize the opportunity and book a FREE Assessment. 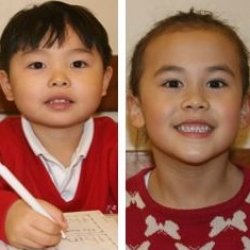 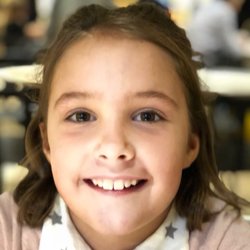