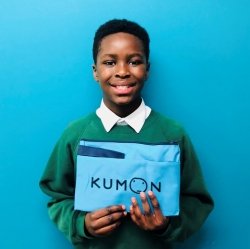 An early commitment to Kumon meant Michael had the skills and attitude to pass his 11+ exams.

Michael from Deptford, south-east London recently learnt the fantastic news he'd received a secondary school place at several local grammar schools, following success in his 11+ exams. Overjoyed Michael and his mum, Uche, believe the academic and study skills he's developed throughout his Kumon study were a great support when preparing for and sitting the 11+.

Michael shared: “I felt Kumon helped me to pass the 11+ exams because I had confidence in my ability and I was used to doing maths work every day. The exam was also timed and because of Kumon I am used to working under timed conditions and doing calculations quickly.” Uche added: “I am so proud of him, words cannot describe how delighted I am! Kumon helped him to achieve these accomplishments.”

Michael enrolled onto the Kumon Maths Programme aged five; at the time he was a little shy and lacked confidence. But now aged 11, he has the motivation to do well in school and he has grown immensely in confidence.

His great independent learning ability is continually demonstrated in Kumon and at school where he will keep trying even if the work is difficult, asking questions when he is unsure but most of the time Michael can self-correct.

Michael said: “I am one of the first pupils to put my hand up in maths class (and other subjects) at school. I won a gold award for the UK Mathematical Challenge. I am not afraid to stand in front of the class and present my work.”

Uche continued: “His confidence has improved. He is so independent and does his Kumon work and school homework on his own, without me having to ask him to do it.”

We are very pleased that Michael has started to think about his future studies as well - “I want to go to university and study engineering. I don’t know which type of engineering yet because there are so many choices. I like being creative and there’s lots of maths involved so I can use the skills I have learnt in Kumon to help me.”

Instructor, Melody of the Deptford study centre said: “Michael is an excellent student and a great example for other students. He always comes to class ready to learn and approaches new topics with enthusiasm - he likes a challenge.

"Mum, Uche, was so happy to share the news of Michael passing his 11+ exams with me. Now she doesn’t know which school to choose!

“I enjoy having Michael in my centre and I am glad that he takes ownership of his own work.”

We wish Michael the best of luck as he enters secondary school in September. 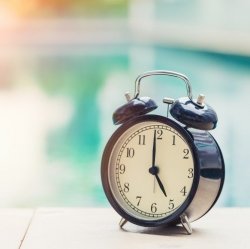 Latest
What are the benefits of timing my child's work?
A Harvard Business School study on time pressure for children performing tasks found that time pressure really does seem to have an important impact on creativity.