Luke's Kumon journey and trip to the Toru Kumon Museum in Osaka, Japan 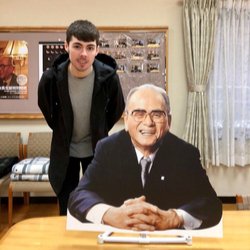 "My visit to the Kumon museum in Osaka, Japan was an amazing opportunity for me to learn more about the history and values of Kumon."

Luke joined the Kumon Maths Programme when he was seven years old. He has continued studying the maths programme throughout secondary school and his mum, Teresa believes it helped him to gain an A in his GCSE maths.

Luke progressed through the Kumon maths programme at the Kumon Waltham Cross Study Centre whilst also studying in college. As he moved on through the levels, the work became more challenging for him. However, with self-discipline and confidence, he has been able to learn mathematical functions such as quadratic, fractional, irrational, exponential, logarithmic and trigonometric.

The study skills Luke has learned from his daily Kumon study include having confidence, being an independent learner and being able to work at his own pace. These skills are very important to Luke and have benefited him across his other subjects and exams.

Luke loved studying the maths programme and became most interested in Kumon as a company. As a result, he spent a lot of time researching the origins of Kumon. He then decided to visit the Toru Kumon Museum in Osaka, Japan which was originally the private residence of Toru Kumon before being converted into a museum in 1998.

The Museum contains a range of exhibits laid out for visitors to experience. They can explore Toru Kumon’s experiences as a student, teacher and parent, and how they led to the creation of the Kumon Method and ultimately to the whole Kumon company being established. The history of Kumon exhibit displays documents and photographs recounting the history of the development of the Kumon company from the time of its establishment in 1958. Visitors can gain an understanding of Toru Kumon’s visionary leadership and his unwavering dedication to providing quality education to children through the Kumon Method.

Luke said, “my visit to the Kumon museum in Osaka, Japan was an amazing opportunity for me to learn more about the history and values of Kumon. The museum is set up in Toru Kumon’s former house, so it is possible to experience what everyday life was like for the family.

At the museum, you can see the first Kumon worksheets which were written by hand, in addition to many interesting objects. There is also a plaque with a list of individuals who have contributed in a significant way to the development of Kumon in their country.”

This plaque is the Long Service Honor Roll exhibit was established to honour the many Kumon Instructors and employees who have provided guidance for their students and contributed to the development of the Kumon Method down through the years. The names of those who provided their invaluable services for 20 years or more are inscribed on a series of marble panels on display in the museum garden and this included the name of one of Luke's former Kumon Instructors. He felt very proud to see her name included and her service acknowledged in this way. Since April 2005, the Honor Roll has continued as a series of leather-bound bronze plaques contained in a wooden display cabinet in the museum reception area.

Luke added, “The museum is free to visit with very welcoming staff and I would recommend a visit if you are ever in Osaka.”

Luke is a steady, hard worker and is now studying languages. Luke said, “from many years of studying with Kumon, I acquired a love of learning new things and the confidence to take on new challenges. I am sure that it is thanks to Kumon and my amazing Instructors that I have become the person I am today."

As Kumon's celebrates its 60th Anniversary year, it's wonderful to hear about the skills Luke developed from studying the Kumon Maths Programme, and that his interest in Kumon led him to visit the Toru Kumon Museum. It's great to know that you have been inspired by Kumon on many levels! 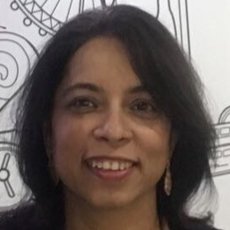 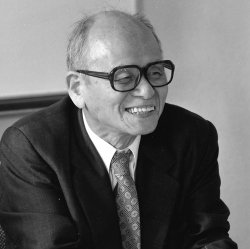 Latest
Words of inspiration from our founder Toru Kumon
Toru Kumon, the founder of the Kumon Method, left us with an abundance of valuable messages that we continue to place great importance on.