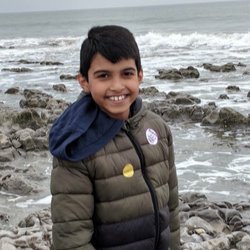 "Because of Kumon, I now know how to solve equations that I'm supposed to learn when I'm in year 9 or even year 10."

Ten-year-old Tanay from the Bridgend study centre is making excellent progress in the Kumon Maths and English Programmes. Tanay’s mother, Rani, heard about Kumon through the recommendation of her friend. She was in search of some supplementary education that would further develop her son’s skills in maths and English as she believed he was not being academically challenged at school. When Tanay first joined Kumon in 2013, he relied on his fingers to count and found it difficult to spell. However, this month marks Tanay’s fifth year with Kumon, and today, he is confidently working two years above his school grade level.

Tanay says, “in maths, I have developed and improved my skills in division, multiplication, algebra and so much more. Because of Kumon, I now know how to solve equations that I’m supposed to learn when I’m in year 9 or even year 10. In English, I have improved my spelling, reading and writing. These skills help me in school and make the work much easier.” Rani credits Kumon for Tanay’s perseverance and his ability to work independently. She says, “he is hardworking. He tries to get 100% in everything he completes. With Kumon, he has developed the attitude to have patience and to never give up no matter how hard he finds the work. He is brilliant at mental maths, and because of this, his scores in the National Tests have improved.”

Not only is Kumon having a positive impact on his academic performance, it’s also allowing Tanay to thrive in other areas of his life. Rani has noticed that Tanay is transferring the skills he’s developed and honed with Kumon, such as his ability to self-learn and persevere, to his piano lessons and taekwondo classes. Rani also believes that Kumon has given him the confidence to help others with their school work. In fact, Tanay is part of his school’s Mathematicians club, which requires him to visit different schools in the county and help other students who need support. He’s been a member for three years now and every day, Kumon helps him better perform his role. In addition, the Kumon English Programme has boosted his confidence in his writing abilities and as a result, he enjoys contributing to his school’s publication.

Tanay is proud of the steps he has taken and continues to reap the benefits of his hard work and dedication to Kumon. He states, “I am pleased with the progress I have made so far. I have received many Kumon awards and certificates, like the Advanced Student Honour Roll three times in maths and English.” In the near future, he is interested in working for Kumon as a Class Assistant to help other students discover their potential, just like he did. However, Tanay also has his sights set for a career in medicine and knows that strong numeracy and literacy skills are fundamental to the role. He believes building these skills early on will help him achieve his long-term goal.

Well done Tanay! We hope that you continue to reach new heights in your studies as you progress through the Kumon programmes. 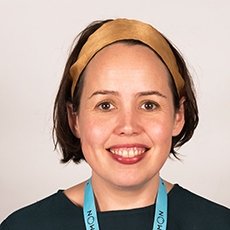