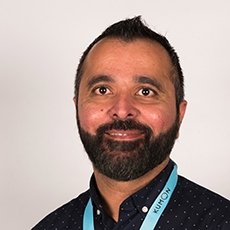 The study centre, which was established in 2008, currently supports children who attend schools within the local area. Some students also travel to class from a much wider geographical area as the centre offers the opportunity for students to attend a Saturday class.

The unique Kumon Maths and English Programmes pursue the potential of each child by developing confident, independent learners through individualised, advanced study.

Students are invited to attend two classes per week. Whilst many students only attend once per week, they have the option to attend more often during times when extra help is required.

Kumon should not be considered a traditional tuition provider as, rather than ‘teaching’ students, we encourage them to become independent learners who feel confident in their own abilities and able to face unfamiliar work. These skills will support children to easily grasp new topics in school and approach examinations such as SATs, GCSEs and their 11+ exam in the most effective and efficient ways.

An initial assessment will show their current skill set, and together with the parents and student, a plan is made which will allow the student to build on their skills, further their knowledge and excel both in and beyond the classroom.

Alongside the Instructor, a team of dedicated assistants support the students’ development in class. They are all highly qualified and trained in the Kumon programme; three of them have studied the programme themselves, seen the benefits and stayed on to help other students achieve the same success.

Kumon’s long-term focus provides children with the self-assurance to take their learning into their own hands, increasing their motivation to succeed.

I was attracted to the idea of becoming an Instructor after visiting a local Kumon study centre. I was overwhelmed by the way students were enjoying their work and working independently, most ahead of their school level.

During my daughter’s time at Kumon, I witnessed her self-belief improve dramatically from a shy girl with little confidence. Her confidence grew to such an extent that she played the lead role in her school play for which she received glowing praises from other parents. Her Kumon studies also contributed significantly to her securing a place at the Wolverhampton Girls High Grammar School due to her advanced study in both English and maths with Kumon. She had gained skills to solve problems independently which were demonstrated in her 11 plus entrance exams, which at the time were changed to the much shorter tests that students sit now. So speed and ability to follow examples was a skill which Kumon had equipped her with.

Over the years we have seen more and more students successfully pass their entrance exams and in the long term secure great grades in both English and maths GCSE.

I welcome any visit to the centre by appointment.

One off fee
Registration Fee £45
What is the Registration Fee?
To get your child started with Kumon study you will pay a one off registration fee to register them as a student
Per month
Per subject £65

The Old School
73 Dudley Road
Blakenhall
Wolverhampton
West Midlands
WV2 3BY
Driving
Where are you travelling from?
Make an enquiry

From 22 reviews on Google

Karthigayan Madaswamy
"My Son is in Kumon Study Centre for the past 2 years. Their method of teaching is to increase self-confidence and develop as per the individual ability, learning skills and speed. Excellent faculty and they encourage the students to be discipline and focus on accuracy and speed. Many parents expects the instant visibility in their child. Kumon is for long run. Kumon's unique teaching skills will help the child to develop their mind mapping skills and improve the ability to Learn More and Grow More. Take this opportunity to thank Mr. Kully & his team for their personal dedication and focussed mentoring. Because of their support my son stands unique in school curriculum. Excellent Support !!"
..." (Read more)
S Gill
"Brilliant, always giving a great insight into my child’s progress. We’ve seen such a big improvement in our child’s reading and writing abilities since starting him with them. Would definitely recommend. Thank you"
..." (Read more)
Mina M
"My daughter has been with Kumon around 6 months. I am so pleased with the support and encouragement from Kumon and how she has come on leaps and bounds with her reading. From a 4 year old who was barely reading who is now fluently reading. Thankyou Kumon"
..." (Read more)
Patience Fru
""My daughter has made tremendous progress in her maths and writing skills. She's bursting with confidence and really enjoys everything about kumon. Very professional, dedicated and supportive team. Will definitely recommend to anyone " Patience Fru"
..." (Read more)
Dr Srinish G
"My daughter has made rapid progress with her reading and writing skills thanks to Kumon. Her confidence has increased leaps and bounds. We would definitely recommend this for any kid"
..." (Read more)