November marks aviation history month. In honour of the history of man taking flight, we thought we'd bring you some literary suggestions with a flying theme.

What better place to start than with James Buckley's 'Who were the Wright brothers'. Orville and Wilbur Wright were aviation pioneers whose fascination with all things mechanical lead to the realisation of their dreams to fly when eventually they invented the world's first successful airplane.

Selina Young's 'Big dog and little dog go flying' (which appears on the Kumon Recommended Reading List) follows two brave dogs who decide to go on an air-bound adventure. After spending the day in the workshop building their shiny plane, up they head into the clouds. But how will they land?

Or how about one of our most beloved adventurers: James Bigglesworth, 'Biggles' is the hero of the adventure books by W E Johns, the first collection of Biggles stories is 'The Camels are Coming'. Set in the last years of the First World War, our hero and his fellow pilots face fearsome air duels and contend with an enemy using their own planes.

'The Second World War' by Paul Dowswell, gives a straightforward account of war in all its horror, including the Soviet Air Force's heroic women pilots and the 'destroyer of worlds'.

What goes up...James Vance Marshall's 'Walkabout' follows Peter and Mary as they survive a plane crash to find themselves stranded in the unforgiving Australian desert. Follow their story as they form an unlikely friendship in the hope of survival.

So, in honour of this historic month, why not soar through a book with an aviation theme.

Latest
James reaps the benefits of Kumon as he achieves A* in A-level maths at just 14-years-old
At the age of 14, James is working four years ahead of his school peers, achieving an A* in his maths A-level exam.
"I want to fly. Will you teach me?"
Today (11 January) in 1935, Amelia Earhart set a world record for flying solo from Honolulu to North America, one of her many achievements. Let's take a moment to celebrate her hard work and perseverance. 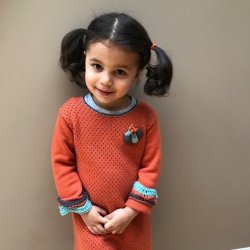 Latest
Three-year-old gets off to a flying start with Kumon
She may be young but Sofia is already developing a great enthusiasm for learning.