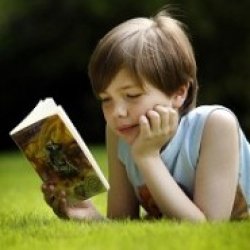 "Our research suggests comedy could play an important role in engaging boys, who tend to read and write less than girls outside school."

Last week we shared with you the latest research by our CSR partners, The National Literacy Trust (NLT), about the role comedy plays in engaging young readers. Their study found that more children read comedy at least once a month during their leisure time than poems, non-fiction, or newspapers. They also found that reading comedy is particularly popular amongst boys. The NLT's Director, Jonathan Douglas, said: "Our research suggests comedy could play an important role in engaging boys, who tend to read and write less than girls outside school."

With this in mind, we have shared some of our favourite comedy books to engage the boys and serve as inspiration to get them writing comedy of their own.

The Adventures of Captain Underpants by Dav Pilkey
The first novel in the Captain Underpants series, this book is guaranteed to make you laugh. The book follows two mischievous school boys, George Beard and Harold Hutchins, as they pull pranks in the playground and sell their personally created superhero comics; their favourite being "The Amazing Captain Underpants". When the pair get into trouble with the mean-spirited headmaster Mr Krupp after a day filled with troublemaking, they hatch a plan to get out of their punishment. In the process they accidentally bring Captain Underpants to life and a hilarious adventure ensues.

Gangsta Granny by David Walliams
Comedic-actor-turned-children's-author David Walliams will have you chuckling away as you read Gangsta Granny. The book follows the story of Ben, who is fed up of playing board games and eating cabbage soup at his granny's house each week whilst his mum and dad go off to watch their favourite ballroom dancing show. On a hunt for chocolate biscuits, Ben comes across a tin full to the brim with jewellery and diamonds. He learns that his 'boring' granny was once a jewel thief, which leads the two on an exciting, risky adventure to steal the crown jewels!

Diary of a Wimpy Kid by Jeff Kinney
This series of fiction books follow the plight of central character Greg Heffley as he struggles to fit in at a new school. The story is presented in journal form, with handwritten notes and doodles of Greg's adventures. The first book in the series, Diary of a Wimpy Kid, introduces us to Greg and his family. His older brother Rodrick frequently teases him and will do anything to embarrass Greg on a daily basis. Manny, Greg's spoiled three-year-old brother, is also causing trouble but never gets told off. The book perfectly details the hazards of growing up, and is sure to put a smile on any reader's face.

This is just a tiny selection of books which will have the boys roaring with laughter; on the Kumon Recommended Reading List there is an entire section dedicated to humour-based books. With the summer holiday providing the perfect opportunity for all children to read a book or two, why not pick up a comedy book for your son, daughter, grandson or granddaughter and encourage them to get stuck in!

Latest
Can laughter close the reading and writing gender gap?
The latest report from our CSR partners, the National Literacy Trust, has suggested that comedy could be the key to engaging boys in reading and writing.
Mixing the old with the new could help to improve children's literacy skills
Successful comprehension and learning with a combination of both e-books and printed books is potentially the most effective method for helping to improve children's literacy skills. 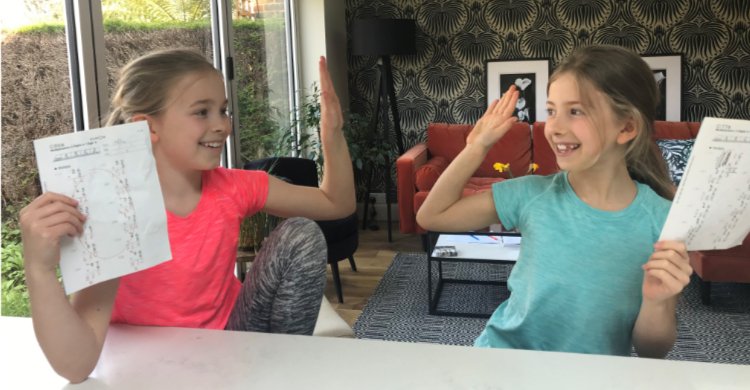 Latest
Articles for parents
Our first week at home - a Kumon parent perspective
Kumon mum, Claire, told us about her first week of staying at home during the current Coronavirus crisis, working from home and supporting her daughters, Holly and Belle, while schools are closed.