Developing independence in children and why it is beneficial 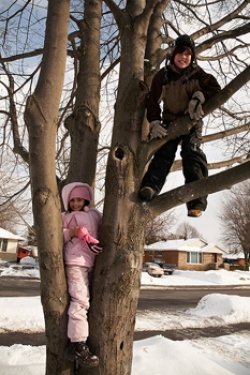 The UK's Health and Safety Executive argues that parents shouldn't stand in the way of children's spirit of adventure.


Cutting the apron strings can prove incredibly difficult for parents and most still cling to the idea that their little ones will be babies forever. It comes as no surprise then, that the majority of parents are more than happy to delay their child's foray into the 'big bad world' for as long as possible.

Although a child may always look to their parents to provide love, care, support and to meet their basic needs, there comes a time when self-sufficiency is integral to a child's ongoing development. Making the transition from a wholly dependent being to an independent person in their own right is a gradual process that needs active encouragement from parents, teachers and other adults involved in a child's life. During school hours children are encouraged to think independently, partake in a number of child-initiated activities, make the appropriate behaviour choices dependent on their own understanding of right and wrong and to assess their own work and the work of their peers based on criteria they have learned in lessons.

In a 2009 article, Time magazine tracked the development of so called 'helicopter' parenting and revealed that there was a growing opposition to a parenting style that sees parents hover over their child's every move.

One UK charity has even gone as far as to initiate a 'Free Range Kids' campaign in order to restore children's freedom of independent movement. Sustrans is a charity that enables people to make more daily journeys by foot, bike or public transport. Their publication harks back to an earlier age where children would happily play out on the streets and parks with bands of friends, without the constant watching eyes of an adult chaperone. Malcolm Shepherd, the Sustrans Chief Executive, makes the following appeal:

"We want to see future generations of happy, healthy, bright and independent free range kids with the freedom, confidence, skills and opportunities to get around from their front door. Just as we did."

To add weight to the idea that children can be stunted by being 'molly-coddled' by their parents, former Schools Secretary Ed Balls argued that children "can learn from risk" and that parents would do best to "find a balance" between safety concerns and giving their children the freedom to engage in explorative play.

Even the Health and Safety Executive argues that parents shouldn't stand in the way of children's spirit of adventure:

"Health and safety law is often used as an excuse to stop children taking part in exciting activities, but well-managed risk is good for them. It engages their imagination, helps them learn and even teaches them to manage risks for themselves in the future."

Although it is the natural instinct of parents to 'bubble wrap' their children, a new wave of parenting gurus are advocating a more 'hands off' approach to parenting, one that could reap a host of positive benefits for children in the future. Commenting on his book, The Idle Parent, author Tom Hodgkinson argues that even simple tasks, such as helping around the house, will build skills that will serve children well into adulthood:

"I firmly believe that by painfully accustoming them to helping in the kitchen, they will gradually see helping as a normal part of life. This will also help them to look after themselves as adults, to become capable human beings who don't need mummies."

Another advocate of this parenting style is Carl Honoré, champion of the 'Slow Movement' and author of Under Pressure: Rescuing Our Children from the Culture of Hyper-Parenting:

"Slow parenting is about bringing a bit of balance back. It's about giving children the time and space to explore their own world at their own pace."

According to Honoré, slow parenting gives children the space to: "work out who they are, rather than who we want them to be."

Below are some of the ways you can help your children become independent: 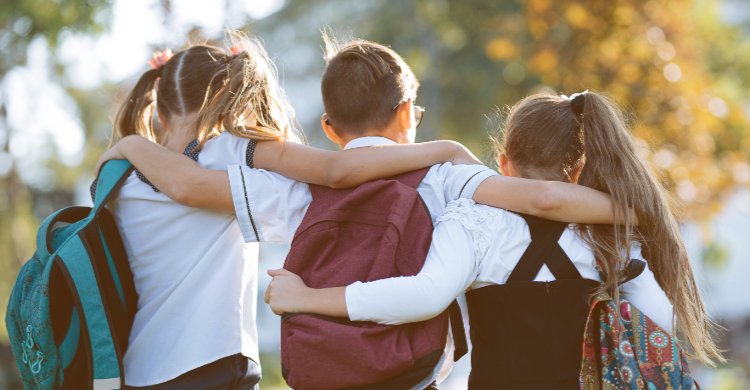 Latest
Articles for parents
Helping children to make the transition to Year 7
Moving to secondary school can be a difficult transition for children and there are many ways that parents can help to make the process as smooth as possible.