Nowadays we get so caught up in watching brilliant firework displays and roaring bonfires that we give little thought to the reason behind our celebrations; join us as we travel back to 5 November 1605.

On this day, authorities foiled a plot to blow up the Houses of Parliament, a scheme intended to assassinate King James I and other senior officials.

Having received a tip-off, the king's forces stormed a cellar under the Houses of Parliament where they found Guy Fawkes sitting amongst 36 barrels of gunpowder. From that evening onwards the British people began a tradition to commemorate the anniversary of the failed gunpowder plot.

Over the past 410 years, historians have studied the infamous events leading up to that day, and various conspiracy theories have surfaced to cast doubt over our understanding; there do seem to be a few mysterious anomalies:

How did the plotters obtain such a large quantity of gunpowder without arousing suspicion?

These 'traitors' were well known to the police; and it is for this reason it would have been difficult, if not unlikely, for the gunpowder plotters to have obtained 36 barrels of gunpowder (the distribution of which was monitored tightly by the government themselves), transported them two miles across London, and stored them under the Houses of Parliament all without arising suspicion.

Was the intercepted letter genuine?

Today the warning letter which served as the tip-off to the kings' men is believed to have been fabricated. Historians suggest that the king's officials already knew about the plot, and the letter was a tool created to explain how, at the last minute, the king found out about the plot and stopped it.

The two fundamental problems with the letter are:

We may never know the answers to these questions, and opinion will always remain divided between those who support the government conspiracy line and those who believe that it was simply an ambitious plan which went very wrong. 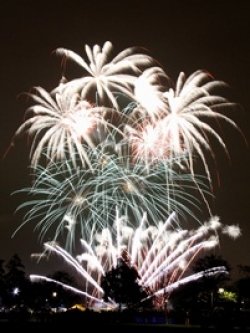 Latest
A brief history of Bonfire Night
Bonfire Night will no doubt bring with it numerous questions from children about the history of the event. This summary is a resource for parents to help satisfy the curiosity of children. 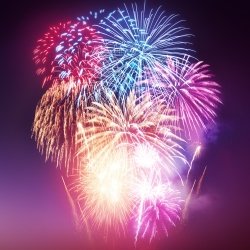 Latest
The maths behind fireworks night
5 November marks Guy Fawkes Night, this is celebrated across the country with impressive fireworks displays, but have you ever considered how those fireworks actually work?