High levels of TV consumption can lead to unhealthy habits 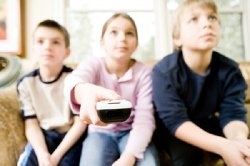 Children who watched television beyond the average period made snack choices ahead of fresh produce.

Children and teenagers who watch excessive amounts of TV are less likely to get their correct intake of fruit and vegetables, according to a new US study.

The study of 12,642 private and public school students found that for every extra hour of TV watched, beyond the average of 2.5 hours a day, kids between 5th and 10thgrades were 5% less likely to eat vegetables every day, and 8% were less likely to get hold of daily fruit.

'It certainly is consistent with the idea that TV is maybe adversely affecting dietary intake and food choices,' said Leah Lipsky, who worked on the study at the Eunice Kennedy Shriver National Institute of Child Health and Human Development, along with colleague Ronald Iannotti.

Children who watched television beyond the average period made snack choices such as fizzy drinks and sweets, ahead of fresh produce.

The findings from the research may indicate that an unstructured day has negative consequences for children.

It found that the negative effects on older children rose with every hour of toddler TV watched. It measures key indicators in toddlers at the age of two and again at the age of ten and concluded that higher levels (more than the recommended two hours a day) of TV viewing at two was linked to a lower level of engagement in the classroom and notably poor achievement in mathematics.

Confirming the findings of the study by the National Institute of Child Health and Human Development, it also found that those children who watched more television also had a higher BMI (body mass index) and consumed more soft drinks.

Dr Linda Pagani, of the University of Montreal, who led the research which was published in the Journal Archives of Pediatrics & Adolescent Medicine, said that structure was key for children's development: 'Early childhood is a critical period for brain development and formation of behaviour. High levels of TV consumption during this period can lead to unhealthy habits.

'Common sense would suggest that television exposure replaces time that could be spent engaging in other developmentally enriching activities and tasks that foster cognitive, behavioural and motor development.'

Latest
Articles for parents
How to encourage children to stay hydrated
Hydration has been associated with energy levels and physical endurance, as well as concentration and focus. Staying hydrated is therefore important to enable children to regulate their ability to function and to get the most out of their day. Here are some ideas about how to do that. 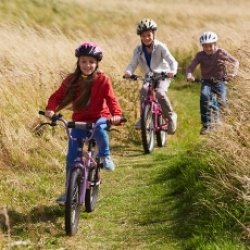 Latest
Exercise your mind
We are all aware of the benefits of exercise for a healthy body, but there are also a great many benefits to exercising the body as well.