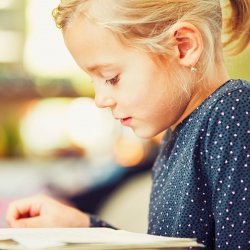 International Children's Day is the perfect time to remind ourselves of some of our favourite children's book characters.

Today (1 June) is International Children's Day, a worldwide celebration of children. To mark the occasion we have highlighted some of our favourite literary children.

Arrietty Clock from The Borrowers, by Mary Norton
Arrietty is an adventurous fourteen-year-old Borrower who loves reading from her collection of pocket-sized books, writing in her diary, and watching the world on the other side of the grating.

Initially confined to remaining inside, her mother eventually allows Arrietty to go borrowing with her father. It is on her first outing that she meets the Boy, and this is when the adventure begins.

William from Just William, by Richmal Crompton
Cheeky William Brown is a consistently scruffy eleven-year-old schoolboy. Always up to mischief and running away with his imagination, William is the leader of a gang called the Outlaws, comprised of his friends, Ginger, Henry and Douglas.

It is with this gang that William gets up to most of his antics in the Just William stories, especially when they clash with their sworn enemies, the Hubert Lane-ites.

Matilda from Matilda, by Roald Dahl
Roald Dahl's much-loved character Matilda is a young girl with a high intellect, a passion for reading, and a magical set of skills. In retaliation against her neglectful parents, she pulls pranks such as gluing her father's hat to his head and secretly bleaching his hair.

When she sees her teacher being bullied by the terrible Miss Trunchbull, she uses powers of telekinesis to teach her a lesson.

Pi from The Life of Pi, by Yann Martel
The Life of Pi tells the story of our young protagonist, Piscine Molitor "Pi" Patel, who was named after a swimming pool in Paris. Pi is an Indian boy from Pondicherry, who expresses an interest in spirituality and practicality from a young age.

After the boat containing his parent's zoo animals capsizes, Pi survives 227 days stranded on a lifeboat with a Bengal tiger named Richard Parker for company.

These books each feature on the Kumon Recommended Reading List along with a host of other fantastic stories. International Children's Day is the perfect time to remind ourselves of some of our favourite children's book characters. To celebrate why not choose one of the above books with your child and go on an excellent adventure with one of our young protagonists? 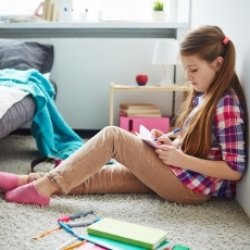 Latest
Keeping a diary boosts children's writing skills and enjoyment
According the the latest research from the National Literacy Trust, children who write diaries are almost twice as likely to write above the expected level for their age. 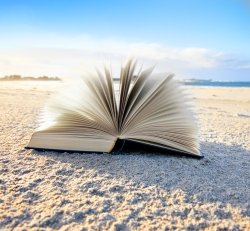 Latest
Books for the beach
Reading is a wonderful way to unwind and, with the sun shining and the summer holidays just around the corner, we have been pondering what books we can take to the beach to keep the family entertained during a day out at the seaside.