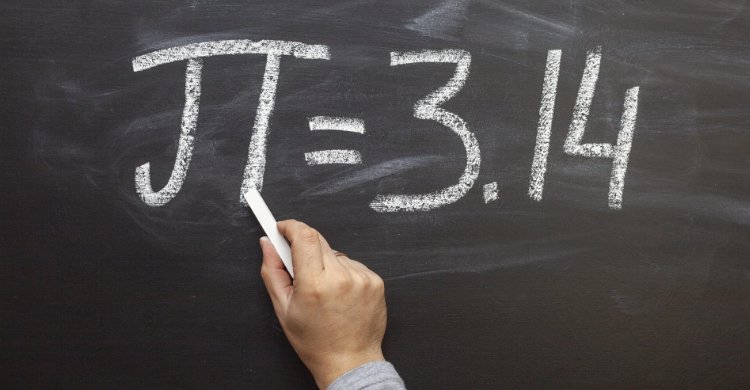 So what exactly is pi? Pi is the symbol used in maths to represent a constant - the ratio of the circumference of a circle to its diameter. This constant is approximately 3.14159.

Pi has been calculated to over one trillion digits beyond its decimal point! As it is a transcendental and irrational number, pi will continue infinitely without any patterns or repetition appearing.


To celebrate National Pi Day we have found some useful techniques and tips to help you remember more than 3.14.

1) Grouping digits in sets of four
ï¿½ Write out pi to however many digits you hope to memorise.
ï¿½ After you've done this, group the digits into sets of even numbers e.g. (3.141) (5926) (5358) (9793)
ï¿½ It's best to start with a smaller amount of information when trying to memorise a lot of numbers, so begin by memorising four groups of four digits. Once you have these firmly in your memory, focus on the next set.

2) Grouping digits as telephone numbers
Most memorisation techniques, known as "mnemonics", follow the idea that it's easier to remember a complex series of digits if they are associated with a pattern or sequence that is more memorable to an individual. If you group the digits for pi so that they follow the pattern of a telephone number, you may find that the sequences are easier remember, for example:
ï¿½ 3.1415926535 would become 3.1415 926 535.

3) Write out pi as sentences using pilish
Pilish is a style of writing wherein the number of letters in each word stands for the corresponding number in pi. One of the earliest examples of this is "How I need a drink, alcoholic in nature, after the heavy lectures involving quantum mechanics!" which was written by English physicist Sir James Jeans, and translates into 3.14159265358979.

In 1996, American mathematician Mike Keith wrote a "Cadaeic Cadenza", a short story in which some 3,800 digits of pi were encoded using Pilish. Keith has also published a full-length novel called "Not A Wake" in Pilish, which currently holds the record of the longest Pilish text with 10,000 digits.

4) Write out pi as a poem using pilish
Alternatively, you can use pilish to turn pi into a poem (or "piem", as they are often called). The main reason for creating a poem, rather than just sentences, is that it is easier to memorise text that rhymes. Each word must correspond with the relevant digit in pi.

In the 1960 book Playing With Words, written by Joseph Shipley, the following poem features which covers the first 31 digits of pi:

"But a time I spent wandering in bloomy night;
Yon tower, tinkling chimewise, loftily opportune.
Out, up, and together came sudden to Sunday rite,
The one solemnly off to correct plenilune."

So how will you celebrate National Pi Day? You could have a go at turning the digits into easy-to-remember groups. Alternatively you could try and write your own pilish sentence or poem.

May I have a large container of coffee
Tomorrow (14 March) is Pi Day, an annual celebration of the mathematical constant "p". Here are a few facts about this number and its history.