"Share your good with others. Kindness, love and appreciations are the greatest gifts you can give."

It's Random Acts of Kindness Day! This unofficial national day was launched in 2004 in New Zealand.

Founder Josh de Jong came up with the idea when he was stuck in traffic one day; after watching drivers on the road getting into an argument, he thought: "What would it be like if on one day everyone in New Zealand was kind to a stranger?" And so Random Acts of Kindness Day was born!

18 years later and the day continues to grow in popularity, with individuals, groups and organisations getting involved around the world. The reason for the continuous increase in popularity for the occasion is because people enjoy spending the day being kind to others.

Not only does the recipient of the random act of kindness benefit, the giver also feels good for going out of their way to do something nice.

To celebrate we are going to look at some books which feature a random act of kindness.

Skellig
Overview: written by British author David Almond, Skellig, was published in 1998. The book won the Whitbread Children's Book of the Year and the Carnegie Medal from the Library Association, it also features on the Kumon Recommended Reading List.

Plot summary: when ten-year-old Michael and his family move into a new house, the family struggle to adapt as his new baby sister was born prematurely and has a serious heart condition. Michael soon discovers a strange creature (Skellig) living in the garage below the house; the book follows the family's struggle as well as slowly revealing more information about who, and what, Skellig is.

Random act of kindness: when Michael discovers the peculiar Skellig, he decides to look after him, bringing aspirin to help with the pain of his arthritis, and ordering him Chinese food whenever he requests it.

A Bear Called Paddington
Overview: author Michael Bond's book, was first published on 13 October 1958 and is a collection of wonderfully funny stories about a loveable bear. (It features on the Kumon Recommended Reading List too.)

Plot summary: a bear (who becomes known as Paddington) is found at Paddington Station by the Brown family, sitting on a suitcase with a note attached to his coat that reads: "Please look after this bear. Thank you." The collection of stories follows Paddington's adventures, along with some insights into his past.

Random act of kindness: the most prominent act of kindness occurs at the beginning of the story when the Brown family comes across our lonesome bear; after hearing the story of his long journey from Peru, the family decides to take him home to live with them.

Oliver Twist
Overview: Oliver Twist (also known as The Parish Boy's Progress) is Charles Dickens' second novel. It was first published as a serial between 1837 and 1839 and has had numerous adaptations, including the multiple Academy Award-winning 1968 film and the musical Oliver!

Plot summary: the book follows orphaned Oliver Twist, who starts his life in a workhouse before being sold as an apprentice to an undertaker. Oliver escapes and travels to London where he meets the Artful Dodger, a juvenile pickpocket from a gang led by Fagin.

Random act of kindness: there are two prominent random acts of kindness in Oliver Twist: firstly, when Oliver naively goes out with the Artful Dodger and Charley Bates (not realising they plan to pick pockets), he is arrested and falsely accused of stealing a gentleman named Mr Bromlow's handkerchief. In the magistrate court a bookstall holder who saw Dodger commit the crime clears Oliver's name, Oliver then falls ill and faints in the courtroom and Mr Brownlow takes Oliver home and cares for him.

The second act of kindness happens when Fagin tries again to make Oliver work for him: Fagin forces him to participate in a burglary and Oliver ends up being shot in his left arm. Abandoned, he makes it back to the house and ends up being cared for by the people he was supposed to rob: Miss Rose and Mrs Maylie.

Ancient Greek story teller Aesop, famous for his collection of fables, once wrote: "No act of kindness, no matter how small, is ever wasted" and so today we will go out of our way to go that extra mile for someone. As the quote says, the gesture made doesn't have to be big as it's the thought that counts.

You never know, you might just make someone's day!

Latest
"Anything one man can imagine, other men can make real"
8 February marks Jules Verne's birthday. His literature has left a lasting legacy across the world.
"After nourishment, shelter and companionship, stories are the thing we need most in the world."
We are surrounded by stories in our day to day lives. From TV adverts to soap operas, to magazine articles, to feature films, the most memorable of stories are the ones which capture our imagination. Saturday 31 January to Saturday 7 February is National Storytelling Week. In honour of one of the oldest forms of entertainment, why not take this opportunity to share a favourite story with your family. 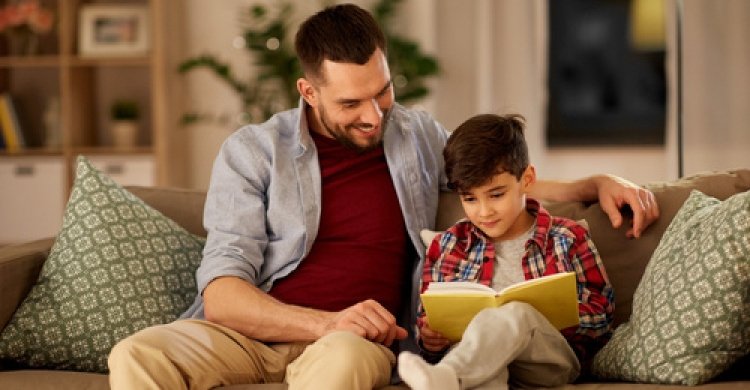 Latest
Articles about reading
Favourite family books
At this time of the year it can be tricky to find ways to entertain the whole family. Why not revisit some of these classic children's books to read together?