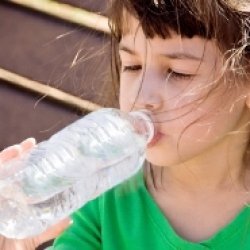 After 14 days of drinking the recommended amount of water, 70% of children said they felt more calm

A survey of pupils in Bolton has indicated that boosting water intake can have an impact on a child's ability to learn.

More than 150 students aged 11 and 12 took part in the two-week study at St James's C of E School & Sports College.

Those who participated had their water intake increased to between two and three 500ml bottles a day after research revealed that less than one in 10 children drank the recommended six to eight glasses per day, and more than half drank just one or two glasses.

Prior to the study, children were asked how they felt about about their general well-being and mood. A large proportion of children reported feeling tired (54%), bored (46%), fidgety (34%) and thirsty (51%).

However, after 14 days of drinking the recommended amount of water, 70% of children said they felt more calm and 58% said they felt "more interested".

The survey was overseen by Dr Emma Derbyshire, an independent nutritionist and lecturer at Manchester Metropolitan University.

Moves to increase the water intake of children could be expanded following the trial's success.

Latest
Articles for parents
How to encourage children to stay hydrated
Hydration has been associated with energy levels and physical endurance, as well as concentration and focus. Staying hydrated is therefore important to enable children to regulate their ability to function and to get the most out of their day. Here are some ideas about how to do that. 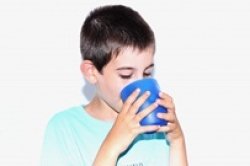 Latest
Water under the bridge
Being dehydrated will affect a child's short-term memory, make it difficult for them to focus and simple maths may seem much more challenging. 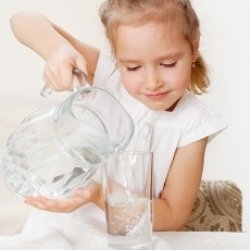 Latest
Staying hydrated has a number of benefits for your child in the classroom
Not drinking enough water during the day can have an effect on your child's ability at school. As it's World Water Day, we've explored how.