What is in a number?

The exact source of this superstition is somewhat unknown but there are many theories, for example in Norse legend 12 gods are sitting down to dinner when the 13th god, Loki, arrives. He kills one of the other gods and events from this point lead to a series of disasters and the eradication of everything on earth, bar two human survivors!

Traditionally, there were 13 steps leading to the gallows; Apollo 13 is the only unsuccessful moon mission; it was at one point believed that a coven was made up of 13 witches, and there are many other theories too.

In maths, 13 is the sixth smallest prime number, it is the second Wilson prime, it is also the third lucky prime, so it's not all bad.

Friday 13th specifically has been feared as a date for long over a century. In 1907 a book called 'Friday, the Thirteenth' was published by Thomas Lawson, a stock promoter. Friday was long considered an unlucky day by this point, but it is still unclear as to how the two came together.

There are a number of other numbers which provoke strong opinions too:

Tetraphobia concerns the number four; this is considered unlucky in a number of East Asian and Southeast Asian regions such as China, Japan, Malaysia and Vietnam, because it sounds similar to the word for 'death'. In these areas the number four is treated very similarly to the number 13; house and building numbers avoid this number; floors in buildings move from three to five, in Hong Kong, some apartments skip all the floors from 40 to 49.

Conversely, the number seven is generally considered lucky. There are seven days in the week; seven colours in the rainbow; seven dwarfs; seven notes on a musical scale; seven seas and seven continents; Shakespeare described the seven ages of man; James Bond is 007.

Alex Bellos, curator-in-residence at the Science Museum in London carried out an online poll of more than 30,000 people across the world and seven won out with the highest number of nominations for favourite number (110 didn't receive any)!

In Ancient Egypt, 12 was considered special. In Egyptian mythology there were 12 realms of the dead. Indeed, 12 crops up often throughout history and even today; there are 12 inches in a foot, 12 pennies in a shilling, 12 months in the year; a day is split into two cycles of 12 hours.

So, if there is a number you love or hate, you are probably not alone. 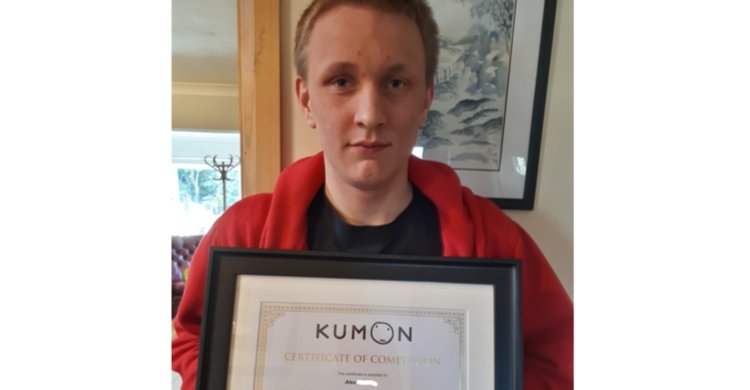 Latest
Kumon student, Alex, is on his way to study a Masters in Maths
18-year-old Alex from the Sandhurst study centre has been offered a place at Reading University to study a 4-year MMath Mathematics degree.