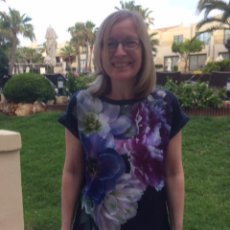 The centre has been in its current location since late 2011.

The centre provides maths and English study programmes for children of all ages and abilities, from those who may require additional support to those that may want more challenging work. The current age range of students at the study centre is from four to 15 years old and students come from schools within Llandaff, Radyr, Danescourt and Fairwater, as well as further afield.

The unique Kumon Maths and English Programmes pursue the potential of each child by developing confident, independent learners through individualised, advanced study. Kumon should not be considered a traditional tuition provider as, rather than ‘teaching’ students, we encourage them to become independent learners who feel confident in their own abilities and able to face unfamiliar work.

There are seven class assistants working with the Instructor. They have all been working as assistants for at least a year and are familiar with the Kumon programmes. The assistants help support the students' development and carry out supplementary activities in class, such as reading with English programme students and flashcards and times tables practice with students on the maths programme.

My name is Tina Darlington and I am the Instructor at the Cardiff, Llandaff Study Centre.

I took over the study centre in January 2011 and it has been a very enjoyable and rewarding time since then. I became interested in Kumon after a friend had opened a centre and talked very positively about the benefits of the Kumon Method and the enjoyment she got from working with the children. Running a Kumon centre sounded like the best of both worlds - working with and seeing children develop to their full potential, and the opportunity to run my own business. So, when the opportunity arose for me to become involved in Kumon and run the Cardiff, Llandaff Study Centre, I jumped at the chance.

The most gratifying part of running a centre is the class time spent with the children, seeing them flourish and gain in confidence. It is also encouraging to hear comments from parents about their child who was struggling or lacked confidence at school receiving positive feedback from the school.

I believe that studying with Kumon helps children of all levels and abilities. Kumon encourages independence, increases focus, concentration and a have-a-go attitude. These are all valuable skills that help not only in schooling, but later in life.

One off fee
Registration Fee £50
What is the Registration Fee?
To get your child started with Kumon study you will pay a one off registration fee to register them as a student
Per month
Per subject £65

Bishop Of Llandaff High School
Rookwood Close
Llandaff
Cardiff
CF5 2NR
Driving
Where are you travelling from?
Make an enquiry