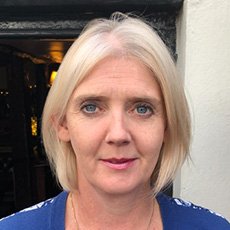 Ofsted Registered Childcare vouchers accepted In-Centre Class Available Online Class Available KUMON App Available
Kumon study aims to ensure that every child develops a love for learning. We offer maths and English programmes to help students of any age and ability to progress their skills and build key foundations for learning. Traditional maths and English tuition helps students progress, but Kumon goes one step further by helping each child develop self-learning skills, enabling them to tackle challenging work without reliance on a teacher.

Students complete daily worksheet study developing ability and fluency gradually over time, progressing in small steps and building confidence. They also visit their local study centre once a week for guidance from their Instructor alongside an online study class. Your child’s Kumon Instructor will set work at just the right level to challenge and keep them engaged, regardless of age or school year. This means that they can strengthen their key skills or progress beyond school grade level without restriction. Kumon offers a cost-effective and convenient way to help your child build strong English and maths skills for a successful future.

There is parking directly outside the library which is free for half an hour only, there is a car park directly behind the Library which is pay and display and costs £1 for one hour’s parking.

My name is Louise Ogelman and I am the Instructor at the Leighton Buzzard Central study centre. I have been a Kumon Instructor since June 2009 at the nearby Tring study centre. I spoke to some friends who were concerned about how well their children were doing at school. They were discussing the Kumon programmes. I did not know anything about the programmes at the time. My son was six. I looked into the programmes and felt that he would benefit from Kumon as I wanted to ensure that he had a good solid base in maths.

I enrolled him with Kumon and immediately saw the benefits that Kumon had to offer, particularly in the area of independent learning. My Tring study centre has grown in strength over the past nine years and I also work with one of the schools in Tring in order to help their students achieve their potential in maths.

I am impressed with the way that Kumon can help students of all abilities. It is very rewarding to see the shy, struggling student become so much more confident after a few months of Kumon study.

One off fee
Registration Fee £60
What is the Registration Fee?
To get your child started with Kumon study you will pay a one off registration fee to register them as a student
Per month
Per subject £65

From 13 reviews on Google

Chloe Roche
"Hi Louise, I just want to give you a massive thank you for all the years that you have helped me through Kumon."
..." (Read more)
Brigid Roche
"Many thanks for the years of dedication, attention and making my children smarter! Good luck for the future."
..." (Read more)
Matthew O'Sullivan
"Louise time and time again provides my daughter with the very best teaching skills and methods, which are second to none, very grateful to have louise as her teacher."
..." (Read more)
Kian Heneghan
..." (Read more)
Luca Centracchio
"Louise was an incredible teacher and really allowed my children to get a grasp of maths which they never got from school"
..." (Read more)