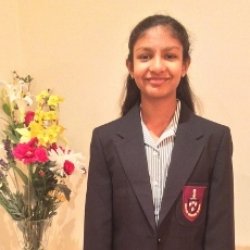 "Kumon has helped me by boosting my confidence and has made me more interested in maths and English."

Neha is one smart girl! Earlier this year she was placed in the top 2% of the population for her IQ, having achieved the maximum 162 marks on the Mensa IQ test.

This is an extraordinary achievement for such a young lady; however, alongside her natural ability, Neha has worked extremely hard to achieve her success.

From an early age Neha demonstrated a passion for mathematics. Her parents said: "Neha was very much interested in maths from the age of five, and she always wanted us to give her maths work to complete at home.

"When she started asking our friends to give her some maths work, we thought it would benefit her if she joined the Kumon Maths Programme."

Since the age of six, Neha has attended the Kumon Grimsby, Healing Study Centre, where she has developed her natural talent by completing daily study, and pushing herself even further in order to reach her full potential.

She enrolled onto the maths programme in March 2010, and began studying on the English programme 18 months later.

Neha said: "I think I was quite good for my age in maths when I first started. I had a little bit of trouble with English though."

Neha has gone on to complete the English programme, having mastered critical analysis of advanced literary texts, and is well on her way to completing the maths programme as well, through which she will have gained a thorough understanding of advanced-level calculus.

Neha said: "Kumon has helped me by boosting my confidence and has made me more interested in maths and English.

"Some of the things we do at school is stuff that I have already covered with Kumon, which helps me to understand the lessons.

"Kumon is what first made me and my family aware of my potential. This made me feel confident and helped me with all subjects, not just maths and English.

"Sarah [her Kumon Instructor] and the team's encouragement helped me really believe in myself, which is mostly what made me decide to take the Mensa test."

Neha hopes to follow in her parents' footsteps and become a doctor. She recognises how the skills she has developed at Kumon will help her get there: "In medicine, maths is required to calculate a dosage amongst many other things.

"As for English, if you have to refer somebody to someone else, you need to write a letter clearly. Incorrect grammar might cause the letter to not make sense to the person reading it."

Neha's parents are of course extremely proud of their daughter and her achievements; even they were unsure of some of the answers to Mensa's sample test questions.

They said: "By doing the work every day and progressing to the next level after doing the test for that level, it boosted her confidence. By achieving the medals and awards for completing advanced work, her interest grew. She became aware of her potential and this confidence helped her perform in all other subjects.

"The good remarks from her Instructor Sarah, and her team at Kumon, made her believe in herself and helped her achieve the amazing results of her Mensa test by making her feel comfortable to take it. Sarah has been very supportive. I would like to take this opportunity to thank her and her team for their hard work.

"Even though it is big task for a child to do Kumon every day, I think it is worth doing to build a child's confidence and encourage them achieve to their full potential."

Congratulations to Neha for gaining membership to Mensa, and we wish her every success as she continues on her Kumon journey. 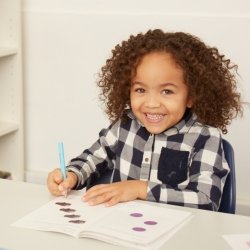 Latest
The earlier children learn, the better
Introducing learning to your child at a young age will be invaluable to their future. We've explored some fun and engaging activites you can do together to encourage this. 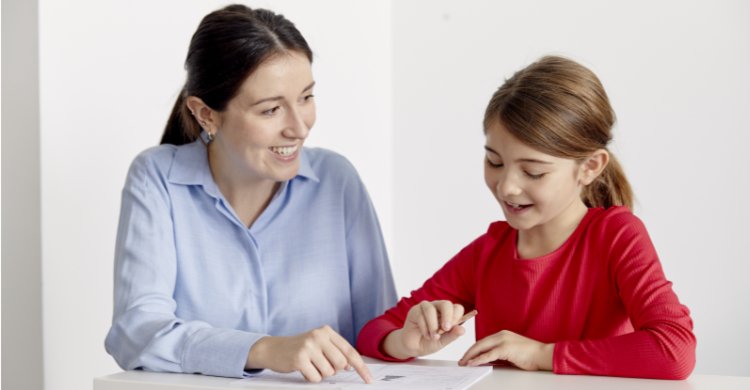