A parent's perspective on Kumon 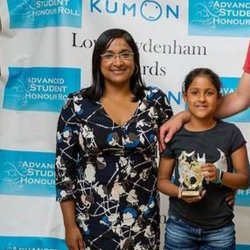 "Kumon hasn't disappointed! The results were obvious to all of us - teachers included."

Four years ago, Naomi enrolled onto the Kumon Maths and English Programmes at the Lower Sydenham study centre. Her mother, Mythili believed that Naomi needed an academic challenge as she was “coasting” through school, and as a result, she became demotivated. Now, at the age of eight, Naomi is enthusiastic about learning and has greatly benefitted from daily Kumon study.

Mythili shared with us Naomi’s journey with Kumon, and highlights the significant progress she has made:

"Roll back the clock about 4 years ago now - Naomi was a happy, bright little girl starting school. She showed signs of becoming an independent learner; wanting to find out why things were the way they were for herself. She enjoyed school and she seemed to be making good progress across both numeracy and literacy.

However, over the course of Year 1, a few alarm bells sounded which made us wonder whether she was being stretched to her full potential, and even being given the basic tools she needed to navigate school work in the future.

Based on the homework she was set, the national curriculum syllabus seemed to flit about all over the place – one week multiplication, the next 3D shapes, followed closely by pounds and pence. There seemed to be no time for students to consolidate each skill before they moved quickly onto something unrelated. In my view, this approach doesn’t necessarily set kids up for a deep understanding of the basic principles of maths which are so fundamental as they start to explore more theoretical areas

It became obvious to us that Naomi was coasting. When we asked her about school, she would answer, “It was boring” or “I didn’t learn anything new today”. As parents, those answers worried us because I feel school, particularly during Key Stage 1, should be about cultivating the enjoyment and wonder of learning and children shouldn’t feel bored or demotivated.

Having talked through our options which involved tuition or even moving schools, my partner Matt and I decided to look for something we could do out of school that would provide Naomi with an opportunity to further her knowledge and challenger her,  and that’s how we found Kumon. It was recommended by several parent friends of ours who swore by it and credited it with getting their children into great secondary schools and acing Maths GCSEs.

Kumon hasn’t disappointed! The results were obvious to all of us – teachers included. Naomi’s mental arithmetic is really impressive – she regularly outdoes her grandfather who has a PhD in Mathematics from Cambridge University!

Her concentration and ability to work independently has really improved and the benefits of this have had an impact on her homework, her voracious appetite for reading books and also carries through to music practice and other extracurricular activities she’s involved in.

And most importantly, she really enjoys Maths. We did eventually move her to a different school where she has always been in the top maths set – no longer shying away from the hard, follow-up problem but instead having the confidence to give it a go. Even if she doesn’t get it right first time, she learns from her mistakes and picks up new techniques very quickly.

I’m so pleased with the Kumon Maths programme that I’ve recommended it to many friends and we all agree that it works! I think the logical and systematic approach to learning the key building blocks of mathematics, coupled with independent learning, gives children tremendous confidence and demystifies a subject which so many kids think is too hard.

Lola and her team run a fantastic ship here. She has a real understanding of each child – where they are at on their Kumon journey and where they could be, how they work, what they struggle with, how to motivate and encourage them to work at their best.  With that, I’d like to thank Lola and her team for all that they do – the many hours they give up to teach and nurture our kids, and the grace, good humour and patience with which they do it. It’s very much appreciated, so THANK YOU!” 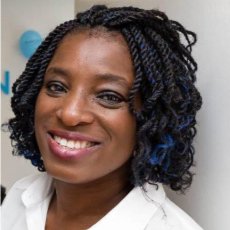