Kumon student, Sean is now a published author at the age of 12! 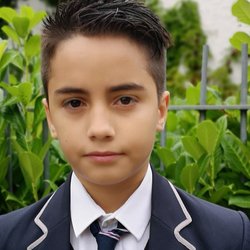 "Kumon has boosted my confidence in maths and English. I am so happy with the progress I have made since enrolling onto the programmes."

At the age of eight, Sean joined the Kumon Stratford Study Centre. Because he was growing up in a home of native Spanish speakers, Macarena wanted to ensure that Sean developed a good understanding of the English language. With the help of the Kumon English Programme, 12-year-old Sean has improved his reading and writing skills. Sean says, “because of Kumon, my favourite subject at school is English. My analytical skills have improved and I have become a better writer.”

Excelling in the Kumon English Programme gave him the confidence to participate in the Young Writers’ creative writing competition in 2018. Macarena credits Kumon for giving Sean the confidence to enter the competition, and equipping him with the skills to produce outstanding work. Among the 20,000 entries that were submitted nationwide, Sean’s short story, The Dead Knight, was chosen for publication. His story will be published in Stranger Sagas, a book showcasing the work of young adults. The selection of the stories were based on the writer’s expressions of imagination, perception, use of language and creativity. He also received a ‘Talent for Writing’ certificate for his mini saga.

Pleased with his amazing achievement, Sean says “Kumon has boosted my confidence in maths and English. I am so happy with the progress I have made since enrolling onto the programmes. I recently became a published author for my talent in writing and also came third (out of two year groups) in a Junior maths challenge.”

Before joining Kumon, Sean found it difficult to solve mental calculations. However, today he is able to solve maths problems quickly and accurately. Although, Macarena believes that Kumon has helped Sean achieve far beyond his maths and English abilities. She says, since joining Kumon, Sean has become more responsible, determined and independent. She describes a family holiday where Sean spent his mornings completing his Kumon worksheets before exploring the shores of South America’s west coast, Ecuador. His commitment to daily Kumon study has reflected positively across all his subjects at school. His ability to self-learn and concentrate for an extended amount of time has helped him succeed in History and Science, achieving a 100% in his most recent tests.

Macarena thanks the Instructor at the Stratford study centre, Deepak, for his support and unwavering commitment to his role. She says, “Deepak is very patient and has excellent communication skills. He always keeps me up-to-date with Sean’s progress.” She recommends Kumon to everyone, but especially those from non-English speaking backgrounds; “I have referred many families to Kumon, especially Spanish families like our own. We do not speak English at home, so it’s important that Sean is able to develop his English skills at school and with Kumon study. The foundation Sean has built with Kumon will take him far.” 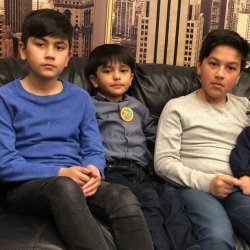 Latest
Trio of brothers excelling at school thanks to Kumon study
Central to the Kumon Method is the principle of giving students the confidence and courage to confront new challenges and chase their own goals; one Kumon family who have been doing just this are the Ahmadis', made up of brothers Javid, Haris and Elias. 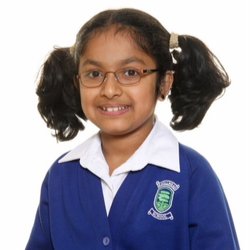 Latest
Liyanna zooms up eight levels in her first year with Kumon
Since enrolling onto Kumon's Free Trial in 2016, Liyanna has made excellent progress and is in a better academic position than she has ever been.