Harry's remarkable progress within a year at Kumon 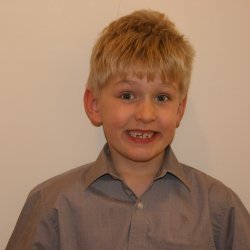 Harry is benefiting from increasing success and his school teachers are noticing a big difference in his ability.

In February 2017, after a positive experience on Kumon's two-week Free Trial, Harry enrolled at the Weybridge study centre on Kumon's maths and English study programmes. He has since established a daily study routine and his mum, Linda is thrilled with his progress in both maths and English at school, and the effect that this has had on his confidence.

Seven-year-old Harry has demonstrated his commitment to the Kumon programmes through his ongoing enthusiasm - "I like coming to the Kumon study centre because it is quiet, and I like to do my work."

His dedication to his Kumon study continued over the summer months and this put him at an advantage amongst his classmates when returning to school after the school holidays. Linda said: "I saw a real difference in Harry's performance in his assessments at school, particularly those after the summer holidays."

The Kumon Maths Programme has reinforced the basics for him which has enabled Harry to confidently take on any new concepts covered at school. He's performed exceptionally well in his maths tests because he is strong in his addition and multiplication skills and built up his confidence. He is also now in the top maths set at school and is fast at completing his maths work. Harry said: "Kumon helps my maths be easier."

Harry has also developed a love for reading thanks to the English programme and his favourite book is Spy Cat by Andrew Cope. Linda said: "The Kumon English Programme has made a massive difference to Harry with his handwriting, comprehension and fine motor skills.

"Harry has always been good at reading, but he has some sensory problems and Kumon has really helped with this. He has made the most progress with his handwriting but also with his sentence structure."

Kumon has helped Harry increase his knowledge and understanding within maths and English ï¿½ "It's good and different to school work." He has also thought about his career aspirations and said: "I want to be an engineer when I grow up, so I can build a car with rocket boosters, so it can fly. Maybe with a motorbike too. Kumon will help with the sums I need to make it."

Linda concluded: "Karen, Harry's Instructor has steered his study programme especially for his needs." Harry added: "My Kumon Instructor is kind, she provides support when needed and motivates me to continue learning."

Harry is benefiting from increasing success and his school teachers are noticing a big difference in his ability.

Keep up the good work Harry! 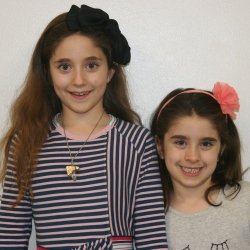 Latest
Family from Kingston experience the benefits of starting Kumon young
The Jenkins family from Kingston, southwest London are great advocates of Kumon, having seen the positive impact continued study of the programmes has had on their daughters Sofia and Aryana.