"Thought roams gracefully free of the trammels of precision" 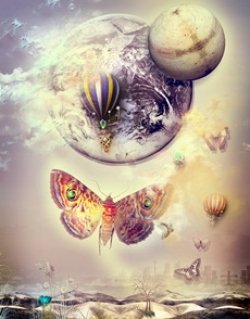 There are no limits to imagination

There are no limits to imagination. Minds have conjured aliens, wizards, machines, robots, other worlds and parallel dimensions. The title of this post is a quote by H G Wells and delightfully encapsulates what can happen to our thoughts as we let our imaginations run wild.

Fantasy novels offer us a chance to venture into a future which may never exist, or a past unrecognisable to the one we know of. Literature of this kind comes in all sorts of varieties and can vary from the almost possible to complete fantasy and everywhere in between.

If you want to extend the realms of the world we live in, why not start with The Borrowers. Mary Norton's novel focusses on the lives of little people who are among us in the world but go largely undetected. Have you ever wondered why an item, you know you put back in its usual place, has just vanished? Well, perhaps it has been borrowed and spirited away under the floor boards where the Borrowers reside. Students on the Kumon English Programme, study extracts of The Borrowers when looking at reason and result in the paragraph building levels.

Perhaps the world of wizards, elves and hobbits is more of your kind escape. If so, The Lord of the Rings could be what you are looking for. Join Frodo Baggins on his quest through Middle Earth, as he faces all manner of danger to destroy the One Ring.

Set in a parallel universe, Philip Pullman's Northern Lights, depicts a world in which humans carry with them daemons, animals which accompany, help and comfort them. Children's daemons can change their form instantly into any animal, however this becomes fixed on reaching adulthood. The plot follows the journey of heroine Lyra, who overhears forbidden secrets and begins a hasty and perilous journey.

The Harry Potter series has fast become one of the most popular collections of novels, and later films, of recent years. Author J K Rowling, has chronicled the adventures of a young wizard and his friends as they negotiate the challenges of Hogwarts School of Witchcraft and Wizardry. Along with the wonderful twists and pitfalls of the fantasy world, this is also a coming of age story as Harry faces all the challenges of friendships, exams and facing the world outside of school.

Sometimes the biggest battle with engaging your children in literature is finding a genre which appeals to them. Next time you are in your local library, why not head to the fantasy section and see if the weird and wonderful will ignite their imagination. 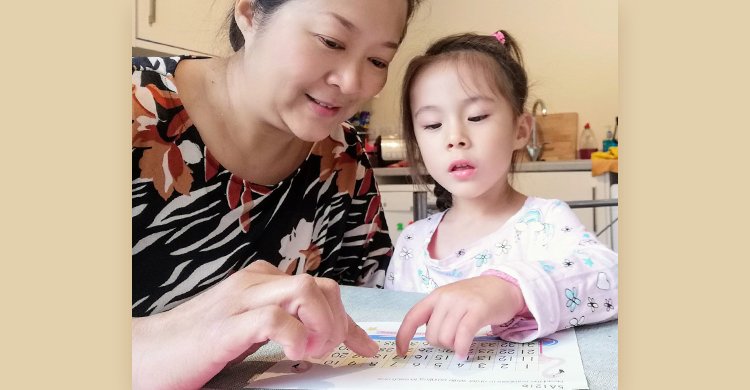 Latest
Articles for parents
I live two hours from my nearest Kumon centre, so how could my three-year-old start learning with Kumon?
Rosalin, her husband and young daughter, Mary didn't expect to find a Kumon centre in their town in mid-Wales and were pleasantly surprised to have been able to join a centre that was offering online video classes. Three-year-old Mary is already progressing quickly; working closely with mum, the Kumon materials and getting the support she needs from their instructor.