Engaging children in literature through film

Over the years, a number of literary adaptations have come to the big screen. It is very common for popular stories to be lifted from the pages of their original books and shared with audiences via new mediums, such as through theatre and film.

Alice’s Adventures in Wonderland, commonly known as Alice in Wonderland was first printed in 1865, which has been popularised by the numerous stage, film and television adaptations of the story produced over the years.

Charles Dickens’ classic 1861 novel ‘Great Expectations’ which is studied by some students was adapted into a film in 1946 and 2012. But let’s not forget the childhood favourites that book fans love, such as Roald Dahl's The BFG, which was released as a major film in 2016, and of course, Harry Potter, first released as a book in 1997 and now has become an international franchise of films and merchandise. And not forgetting this season's major film release, Mary Poppins Returns, an updated version of the film based on the book by PJ Travers.

No doubt, the visual wonders of these blockbuster hits and West End shows engage children, evoke emotions towards characters, capture their imagination and engross them in the storyline. Watching a film adaptation of a book your child has already read can be very fruitful for further engaging them in the story and developing their analytical thinking skills.

Your child can consider whether the director interpreted a relationship between characters or the setting of a scene in the same way they did. They can consider the structure of the film and how it differs or marries up with the structure of the book. Perhaps the choice of actor has meant the character portrays a different personality trait to the character your child pictured in their mind when reading the written story.

Watching a film based on someone else's interpretation of a popular story allows you to consider the attitudes and perspectives of others. Encouraging your child to analyse the film and reflect on the differences to the original story can, therefore, encourage the development of their social skills.
So, whether you are planning to see the new Mary Poppins Returns film, or decide to take The Chronicles of Narnia out of your film archive, take a moment to remember your original perception of the story and then enjoy seeing it from a new viewpoint, through the eyes of the director.

Whatever type of novel you like, there is a film already adapted, giving you the wonderful pleasure of seeing how your favourite character has been transformed.  The list could go on and on, but it just goes to show how novels can capture the imagination and drive the desire to bring them to life.

It's always wonderful to see how our favourite characters have been transformed, and if the director/actor has seen them as we do. Our Kumon Recommended Reading List is intended to help students develop their passion for reading; holds numerous books that have been adapted into films.

Here are some of our picks from the Kumon Recommended Reading List that have made fascinating and entertaining films:

I wonder who we will meet next! 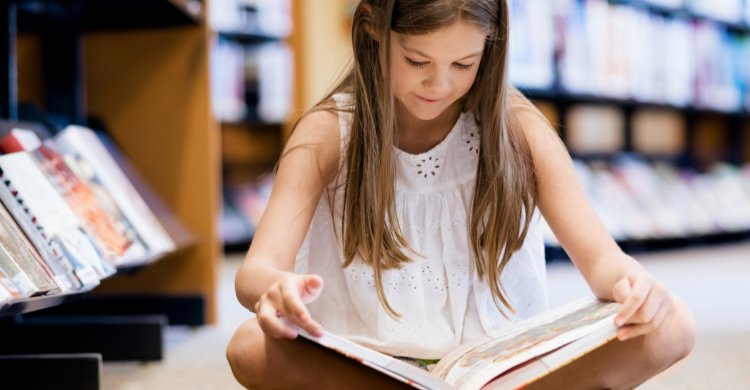 Latest
Articles about reading
How wider reading can support academic ability
The Institute of Education has reported that children who read for pleasure are likely to do significantly better at school than their peers, even in subjects not traditionally related, such as maths.

Latest
Articles for parents
Identifying children's different learning styles
Once identified, there are a number of ways that parents can work to accommodate their child's natural learning styles and, in turn, serve to make learning more accessible to their children.