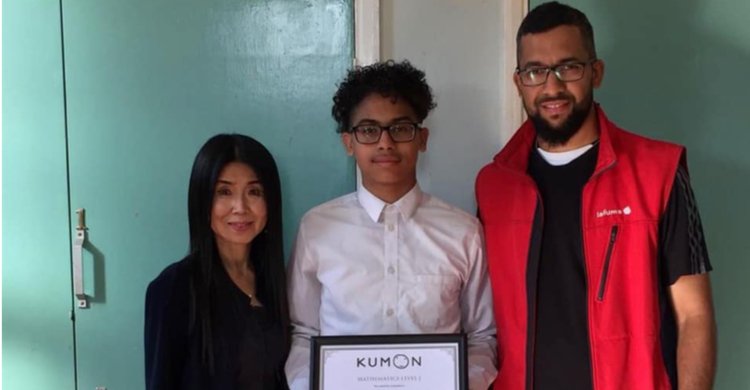 Kumon alumnus, Jehad, joined the Sanderstead study centre when he was just ten years old. At the age of 15, he worked as a class assistant, supporting students in class. Now, 26 years later, he reflects on how studying the Kumon Maths Programme and working at the centre has positively shaped his life in ways that have extended beyond the classroom. His positive learning experience with Kumon inspired him to enrol his own children onto the programmes, at the very same centre, where they are excelling academically - his 15-year-old son has already completed the entire English programme!

Jehad’s journey with Kumon began in 1993 when he and his sister enrolled onto the maths programme. He studied the programme for eight years before going on to study International Business and Languages at university. He believes that the influence of his Kumon study and his Instructor, Hitomi Kaneko, not only helped to improve his mental maths ability and overall confidence in the subject, but they also allowed him to exercise his inquisitive nature and love of learning. This had a significant impact on some of the academic and personal choices he made in life, including choosing to study Japanese at university. With the help of his Kumon Instructor, he even went on to organise a trip to Japan before and after university!

Studying Kumon instilled in me the ability to embrace new challenges and step outside of my comfort zone.
Jehad, Kumon Alumnus and parent

He developed skills that he believes have helped him not just academically, but also professionally as a sports teacher; “Growing up, the Sanderstead study centre had a huge impact in my life. The soft skills I developed, such as being organised, self-disciplined and having a good work ethic, have helped me fulfil my professional career goals. At the time, having the opportunity to be both a student and a class assistant, I was able to observe the ways in which Miss Kaneko managed the centre and I was always impressed with how determined she was to pursue the potential of each child. She knew each and every one of her students, including their strengths and the areas they needed to improve on, and ensured that we were always on the path to success. I seek to follow her example with my own students at school. The skills I’ve developed, the goals I’ve achieved and the personal connections I’ve made at the centre have stayed with me for life.”

Comparing Kumon to other education providers, Jehad says, “What I like the most about Kumon is how the programmes are tailored to the child; every child will develop at their own pace.” His own experience with Kumon inspired him to enrol his three children onto the programmes, who are now aged 15, 14 and 11. They each started both the English and maths programmes at the age of five, and have been consistently working above their school grade level. He says, “I’ve noticed the influence Kumon has had on my children. They get on with their work without being told to do so and show a real sense of independence. They are better at communicating and do not rely on their calculators to solve maths equations. My son, Taha, who is now a completer of the English programme, will be sitting his GCSEs next year and I suspect that his strong Kumon background will help him achieve great results.”

As his children progress with their Kumon studies, we hope that they are able to reflect, just as Jehad has, on the ways in which they have developed their abilities. 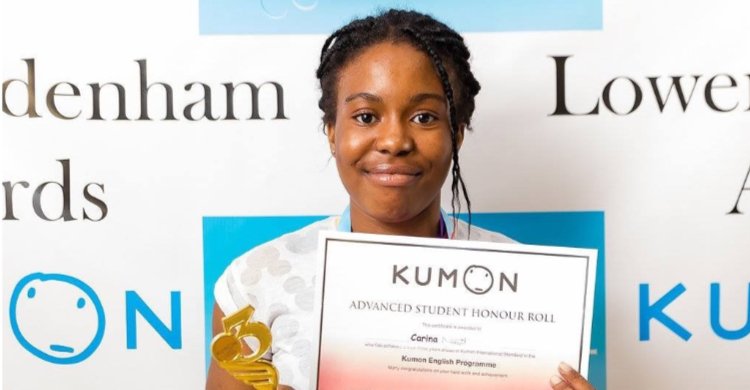 Latest
English
Confident Completer Carina has developed a new zest for learning
Kumon study has helped Carina pass the 11+ exam and has given her a head start at Grammar School in preparation for her upcoming GCSEs.