"When we are born we cry that we are come to this great stage of fools."

It's April Fools' Day! No really it is.

Typical to the nature of the day, there are many theories about its origins, but none are certain. Some suggest it is connected to the turn of the seasons, but whatever the reason, today is a day for mischief.

In honour of the occasion, we thought we'd examine some of our favourite literary fools and creations of mischief.

If you are looking for a fool, you need look no further than in the literature of Shakespeare (who also provided the title quote), and who better than Touchstone in As You Like It. A court jester, he comments on characters throughout the play: "The more pity, that fools may not speak wisely what wise men do foolishly."

Touchstone's role in the play is to comment on what's happening in the play, he makes jokes at other people's expense and provides an ironic take on the situation.

In Leo Tolstoy's Ivan the Fool, Ivan is just that. In this fairy tale, Ivan is not as smart as his brothers; he stays at home to run the peasant farm while his eldest brother pursues a military career and his other brother is a merchant. However, Ivan's simple life is far happier than that of his siblings and they come around to his way of thinking in the end.

And we would be remiss to talk about fools without mentioning the late Terry Pratchett's Discworld series (one of which, The colour of Magic, appears on the Kumon Recommended Reading List), which features The Guild of Fools and Joculators and College of Clowns. This guild is a training and trading ground for clowns, jesters and other practitioners of slapstick humour.

"Why is six afraid of seven? Coz seven ate nine! (You know, seven, eight, nine)"

The guild is however a surprisingly serious place. As Pratchett attests, humour as a profession is hard. Imagine the suffering of taking a custard pie in the face every day! Moving up the ranks in the guild is no easy feat and all accepted jokes must go through a twenty year approval process before being passed by the Council of Fun.

If we are looking for characters of mischief, who better than The Cat in the Hat. "My tricks are not bad," said the Cat, but Sally and her brother are right to be concerned as the Cat proceeds to destroy their house!

In Mark Twain's The Adventures of Tom Sawyer, our title character is an incredibly mischievous prankster. In one of his most well-loved pranks, he manages to convince his friends that white washing a fence is fun! One even pays a nickel for the privilege of carrying out his chores!

So whatever mischief you are enjoying today, why not take the time out to have a look at a few literary pranksters too? 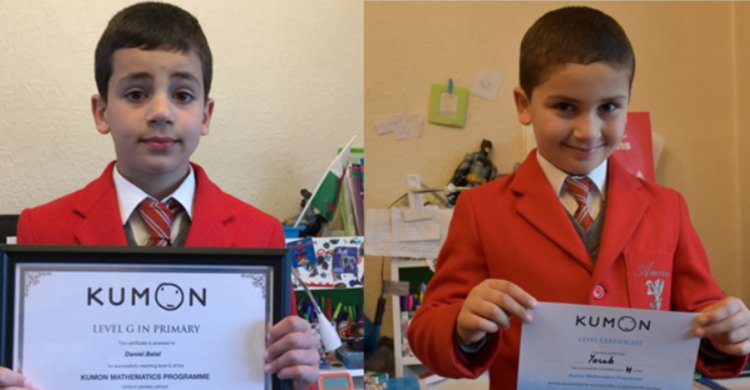 Latest
Maths
Hardworking brothers find their flow with Kumon
Brothers Yacob and Daniel from the Urmston study centre are succeeding through the Kumon Maths and English Study Programmes.